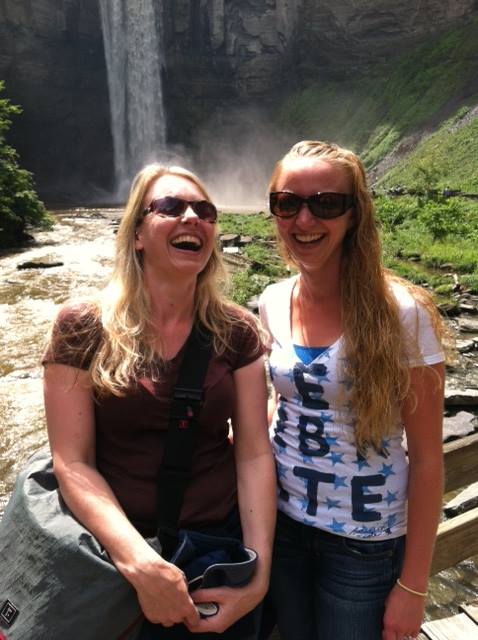 I think we tag time by its passage, away from us or toward, but rarely right as it goes by, its light touch, its dawn promise. It’s too easy to miss it, while we are looking ahead or back. A ghost. Insubstantial. A sneaky thief stealing away with the right now.

Only the last few days of a year for me are the place where I feel stilled in time. I can actually feel it passing, this hot death rattle, this sweet first breath. These last few days, I spend a lot of time in the triptych of time: what was, what is, and what shall be. I try not to dwell on the failures (I’ve learned that the road to success is paved with failures), although I am willing to sit with the losses. This year, the death of my grandmother most of all. Especially this time of year, I miss her hands on my cheeks, asking me if I’m really and truly happy. I hope that throughout my life I answered her honestly every time, no matter what the answer was. If she took my cheeks in her cool, callused palms now and asked, I would say, “Yes. Yes I am.”

It’s true. Failures and losses and stresses included, it’s been a good year and I am happy.

Happy now is not what happy was when I was 6 or 12 or 30. And if you’d asked me at those ages what it would mean for me to be happy in my 40s, the thing I would have described is so foreign from where I actually am that I wouldn’t recognize it. (Although at 6, I was pretty sure being happy meant being Stephen King–he was a writer! he published books! he lived in a spooky castle-house!–so perhaps it’s not so different after all).

Happy is now a complex term for me. Like love. Like melancholy. Striated and complicated and multi-colored. Rainbow, if you will. But a rainbow like a mantis shrimp sees it. Hallelujah happy.

Will 2015 be happy? I like to think so, if I expand my definition of happy to include the berry-thorned sweetness of growth and change, the terrible howl of loss, the crumbling status of the world, the tiny stresses that nibble round my ankles, a private swarm of hungry worries. If I remember the deserved love of good people, the unconditional love of good dogs, the new words, the old words, the moments when everything settles out and water is clear and calm for miles and miles.

I have some big goals for 2015, in the hope that they will increase my happiness meter. Waste less (health, natural resources, time, energy, attention) and Fear less (oh, everything). Also, the same big goals I have every year: love, respect, kindness, humility, gratitude, growth.

But I don’t know what my small goals are. Writing always factors in, of course. But sometimes I feel odd about setting goals for the new year, because every year gives me a new opportunity to take an unexpected road. And I take it every time. In 2011, I was going to travel the world again, and then the world said, “Hey, instead, how about you fall in love and move to Seattle instead?” And I said yes. In 2012, I set a goal of writing fiction all year long. And then I had the opportunity to work on the roleplaying game Numenera and I said yes. In 2013, I had a plan and instead said yes to co-owning a game design company. This year, I had a plan and instead said yes to [redacted], an entirely new and secret project that I started working on this past fall, and which will continue into the new year.

Looking at this list, it might seem like I’ve failed in my goals, but that’s not the way I feel. I feel like I’ve made a conscious decision to say yes to amazing opportunities–and I don’t regret a single one.

Here’s what I accomplished in 2014 (of course, none of this is just me; it all happened as part of a team and I’m grateful for everyone who gave their time, attention, and skill to each of these projects)

Whatever else I do in 2015, I would like to remedy both of the above.

Three seems like a good number of small goals to have in any given year. Maybe it’s best to leave the last one blank, as a wild card. An opportunity to say yes to whatever wonderful and amazing thing comes along.

Time is sneaking by me, but I can hear the puppy-patter of its tiny feet, can feel the air on my face from its wagging tail as it passes. What was, what is, what shall be. A rainbow hallelujah. May we all enter the new year singing.

**Title line courtesy of Never Ever, a poem by Brenda Shaughnessy

"If you want to get good at writing about sex, read lots of Shanna Germain. She seems to instinctively understand the web of connections between sex and life itself. Her way of using the English language’s sex words makes them seem neither profane nor mundane, but rather both magical and as necessary as breathing." ~Erin O'Riordan